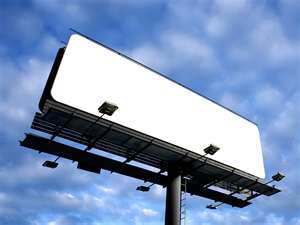 Yesterday, four people stopped to ask if I was okay.  Four.  I wasn’t sick.  I wasn’t crying.  And I had even done up my hair and worn makeup — something I get increasingly bad about doing as the school year begins to wind down.   And though the question was nothing but kind concern, the expression on their faces was unsettling.  Cocking their head and silently taking me in, as if they were seeing something not immediately obvious.

I think I said I was just tired.

But one of them looked a little more and asked again.  And I could tell she was really seeing what I was trying hard to not reveal.  She herself has lived years of worry and grief for her own child – for different reasons, but the effect is much the same.  She didn’t put what she saw into words, but I knew what words they would be.

There is an expression that can be seen sometimes in the eyes of parents of special needs children, parents whose children are drug addicted, and parents whose children have died.  In short, any parent whose dreams for their children have been significantly altered or ended.  I think you can’t fully see it – every nuance – until you are able to recognize it in yourself.   It’s not even there most of the time.  But, some days you look and it’s there again.  And it isn’t a look of anguish – as some might expect.  No, it’s a look of…nothing.

Today I feel like a walking place holder.  My body goes to work, but not my enthusiasm.  I eat the food.  But I’m not really hungry.  I laugh at people’s jokes, but I’m not sure that they are funny.  I smile at my children’s antics, but I am somewhere else.  And, because I don’t know where that is, I can’t seem to call myself back.

It’s funny how differently people handle a crisis.  There are some who fall apart during the crisis.  They rage and hurt and grieve — and then accept it and move on.  I’m of the opinion those folks fare best.  There are those who disappear.  They can’t handle it and never do — never realizing that stopping and taking a good look at what’s following them is the cure for what haunts them.  And then there are the autopilots.  They announce the crisis, put together a crisis team, make a plan, and oversee its implementation.  These folks appear to be doing wonderfully — and lots of folks congratulate them for their strength.  I’m one of those.

The problem, of course, is when the immediate crisis is over.  The support team is no longer on red alert.  Others think they are fine.  And those seemingly limitless  reserves of adrenaline are now empty.

It seemed like I was working toward some very specific things this school year — Callum starting daycare, increasing therapy, his turning three and getting a diagnosis, his entering public school, the IEP, etc.  And, suddenly, all of those things have passed.  I gotta tell you –it feels a little anticlimactic.

Perhaps it is simply the realization that there is no finish line.  It’s the long haul.  And my tank – at least today – is empty.  Heck, it’s so empty I don’t even have the energy to try to fill it back up.  I’m just plain tuckered out mentally.  Content to sit in my stranded state and look at all the people passing by.

But the thing about motherhood is that I don’t have the option of doing that for long.  Melancholy is so much easier to wallow in before you have two little souls depending on you.  And I’m realizing that there is only so much longer I can go before middle of the night insomnia is going to take me down.

So I’m giving myself two weeks.  If I haven’t shaken this off in two weeks, I’m going to see the doctor.  I think I’m also going to try to get away for a day or two by myself.  To sit in a hammock, read a book, and stop this incessant …thinking.

For I have allowed all my worries — the what-ifs, the what-will-bes, the attempts to explain, and the guilt of not being able to be everything that my son needs– to stir up a cacophony in my mind , in endless repeating cycles, that are now attacking because everything I was previously so focused upon has come to be.  And yet little has changed.

If I were a computer, I’d give myself a hard reboot.

I’ll be okay.  Because I have to be okay.  Because these sweet little babies I love require me to be so.  The trick, I guess, is to figure out how long you can sit back and decompress before you begin to atrophy.   Before melancholy is no longer just an unwelcome visitor continuing to knock on your door — but one whom you invite to come inside and sit down a spell…before never leaving.

And to remember that all of these feelings, thoughts, and worries are not to be given permission to steal my joy.  I am very aware that I am blessed and very grateful for this sweet little boy whose future I keep obsessing over.  He is not the cause of this melancholy.  That’s me.  My head.  My giving in to fear.

And there is nothing to do but work it out.  To stand up and begin going through the motions — until, like walking, mental muscle memory takes over and every little thing  isn’t a major effort.

This journey?  No, it’s definitely not for sissies.   But that’s okay.  I’m tougher than I look, and I’m stronger than I feel.

And I’m not opening that door.

“When you are sorrowful, look again in your heart, and you shall see that in truth you are weeping for that which has been your delight.”

Posted by FlappinessIs on April 13, 2012 in A Day in the Life and tagged autism, coping, depression, melancholy.

What do you think? Cancel reply